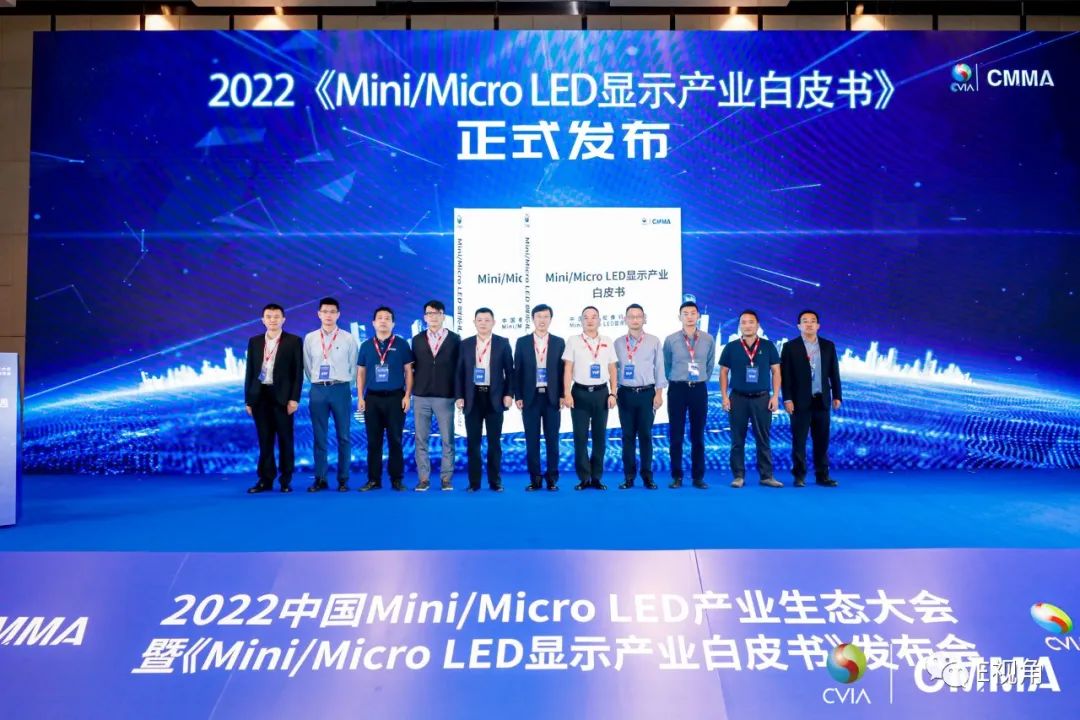 The White Paper took half a year for preparation, organization, research, writing, proofreading, expert review and manuscript. It is divided into two parts: Mini LED backlight products and Mini/Micro LED direct display products, covering product applications, markets, brands, key components of the industrial chain, materials, equipment and technology, and sorting out government policy support and enterprise investment and financing status. The book is rich in content. It comprehensively and timely reflects the current status of Mini/Micro display technology and industry, and provides a platform for people inside and outside the display industry to understand the Mini/Micro LED display products.


1. As the next generation of new display technology, Mini / Micro LED has received strong policy support from local governments


2. Mini LED backlight has achieved large-scale mass production, medium and large size display like IT and TV is the core application market, vehicle applications are gradually on the scale

From the perspective of current application maturity, Mini LED backlight technology is more mature, and has been favored by many brands such as Apple, Samsung, TCL and achieved large-scale production. Data from the White Paper shows that medium size IT is the largest application market for Mini LED backlight. In 2021, 7.4 million global mid-size Mini LED backlight panels were shipped. In 2022, it is expected to continue to achieve rapid growth to 13.8 million panels against the backdrop of poor overall market demand, up 86% year on year. Among them, Apple accounts for more than 95%, and it faces the challenge of Apple’s mid-size AMOLED technology transformation in the future.

The TV market is another core application market of Mini LED backlight products. In the post-epidemic era, the total global demand for TV continues to decline. In order to maintain revenue and profit, the whole machine factories have promoted Mini LED backlight technology, leading to a high-end market. The White Paper cites data from Meta Research to show that global Mini LED shipments reached 1.9 million in 2021. Although affected by the epidemic and international turmoil in 2022, the total scale of Mini LED is still expected to hit 4.6 million. And Mini LED TV panel shipments are expected to reach 32 million in 2026. In the future, after more models are launched, the scale of Mini LED TV market will expand, which will drive the cost of Mini LED backlight down, and realize two-wheel drive growth of scale and cost, and then feed back to other application markets.

The white paper also proposed that vehicle Mini LED production models will start to form large-scale shipments in 2023, becoming the third pole of Mini LED backlight product development. Mainly because Mini LED technology can meet the needs of vehicle display for high contrast, high luminance, durability and adaptability to curved surface. It can adapt to the complex light environment in the car well, and has broad prospects for future development. Data from the white paper shows that the demand for Mini LED backlit screens for vehicles is expected to grow to 4.5 million in 2025 from less than 100,000 in 2021, with a compound annual growth rate of 159%. To sum up,Mini LED backlight technology has broad prospects for future application, and the industry development trend continues to improve.

Micro LED display is a new type of array display technology composed of micron-level semiconductor self-emitting pixels, which has the characteristics of high luminance, high resolution, low power consumption, high integration and high stability. It can be widely used in any display occasion from the smallest to the largest size, and extends from flat panel display to AR/VR/MR, spatial display, flexible display, transparent display, wearable display, intelligent vehicle display and optical communication, optical interconnection, medical detection and other fields. Since the Jiang Hongxing team of Texas Tech University (TTU) reported the first passive matrix blue Micro LED array in 2000, famous enterprises in the United States, Britain, Japan, South Korea and other countries have invested in research and development. The main enterprises in the whole industry chain of display panel and LED epitaxy, chips, packaging, modules and terminals in mainland China and Taiwan have also joined and made continuous progress. Now we are on the eve of mass production technology breakthrough.

The white paper also points out that there are still some technical bottlenecks in Micro LED display technology, mainly due to the challenges brought by the miniaturization of LED chips. For example, the quantum efficiency of Micro LED decreases significantly with decreasing size. The preparation of Micro LED array devices and the breakthrough of massive transfer and bonding technology, and the development of supporting backplane drive technology are also one of the core difficulties, which still need to be further breakthrough.

In general, the complete opening of the future market of Mini/Micro LED display also requires the joint efforts of the entire industry chain to promote the continuous improvement and optimization of technology, cost and process. Mini LED backlight technology has been applied to TV, IT, vehicle, VR, medical and many other fields, while Micro LED technology is growing rapidly in the huge screen market, virtual photography and other markets, and the future in the new applications such as transparent display is also expected.