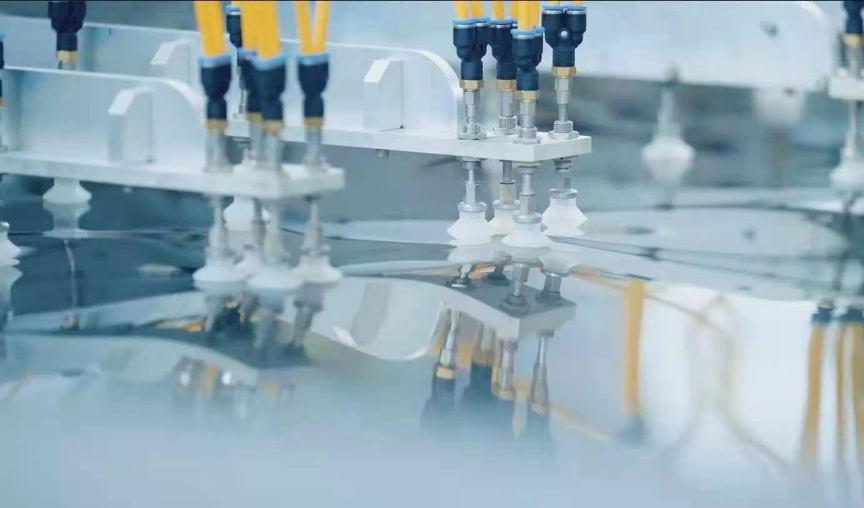 Polarizer is an important raw material of display panel, accounting for more than 70% of the total cost of polarizer upstream core raw material. For example, TAC film, PVA film and other technologies have been monopolized by Japanese and Korean manufacturers, and the long-term dependence on imports is still a sore spot for domestic polarizer companies. For the domestic polarizer industry, layouting the upstream, seizing the dominance of materials and equipment, and deepening the development of the whole polarizer industry chain are the focus of the next competition.


The Long-term Pain Behind Prosperity

In recent years, China's polarizer enterprises have gradually expanded their production layout. From the perspective of expansion speed, ShanJin Optoelectronics, Sunnypol and SAPO are among the forefront, their pace are fastest. In terms of market demand for polarizers, China continues to maintain a large scale market advantage. Data show that the demand for polarizers in the Chinese market in 2022 is expected to exceed 400 million square meters, accounting for nearly 2/3 of the global market.

The basic composition of the polarizer

Polarizer is an important raw material of display panel, it has complex structure and many production processes, which is known as the "chip" of the optical industry. The basic structure of the polarizer is similar to a sandwich, which is composed of polarizing film (PVA), protective film (TAC), pressure-sensitive adhesive layer, release film, protective film, optical compensation film, etc. The core raw materials of polarizers account for more than 70% of the manufacturing cost of polarizers. Among them, TAC film and PVA film have deep technical barriers and are the most core raw materials in the production of polarizers, accounting for about 60% of the total cost.

According to TrendBank data, the main supplier of PVA film, the core film that plays a polarizing role in polarizers, is Kuraray of Japan, which accounts for about 70% of the market. The global market of TAC film, another core raw material, is dominated by Japanese manufacturers. Fujifilm Photo and Konica Minolta, these two Japanese companies share more than 85 percent of the global market.

Sunnypol said in its financial report that its required raw materials such as PVA film, TAC film and pressure-sensitive glue are mainly purchased overseas. As disclosed in the 2022 semi-annual report of WINDA, raw materials accounting for a large part of its production costs mainly include PVA film and TAC film. During the reporting period, more than 70% of the company's purchase of TAC film, the core raw material, depended on imports.

Weida Optoelectronics said that there are high barriers to the core production technology of upstream materials of polarizers, and domestic enterprises are constrained by the monopoly of upstream raw materials. This will also result in the high cost of midstream polarizer products and limited bargaining power of enterprises.

The upstream materials of polarizer are too concentrated and dependent on imports, which not only brings the disadvantages of long supply cycle of raw materials and high transportation cost to enterprises, but also affects the safety and stability of the supply chain in the long run, which is not conducive to the formation of competitive advantages of the whole industry chain. If the raw material suppliers have major business changes or major changes in the foreign trade environment, it will directly affect the profitability and supply capacity of domestic polarizer enterprises. Zhu Zhiyong, general manager of ShanJin Optoelectronics, said in an interview with China Electronics News that if the production and supply of raw materials cannot be solved, domestic polarizer companies will always be in a passive state.

With the development and expansion of domestic polarizer industry, new demands are put forward for the localization of upstream materials. The future development opportunities of polarizer industry may mainly focus on improving upstream strength and achieving innovative breakthroughs. On the one hand, the upstream profit of the polarizer industry chain is higher; On the other hand, a breakthrough in polarizer upstream technology is crucial to breaking the existing competitive pattern. The continuous release of China's polarizer production capacity and the layout of base film such as optical grade polyester film provide a market environment and entry opportunities for the localization of upstream raw materials such as PVA film, PMMA film and off-preservation film.

Although the industrial foundation of polarizer upstream materials in China is relatively weak, but after years of catching up, some enterprises have begun to take shape. Especially in the field of protective film and release film, the localization production capacity of foreign companies such as Mitsubishi, TORAY, LG Chem continues to expand, and domestic enterprises such as LUCKY and STARS and Sichuan EM are expected to take the lead in localization. In the field of PVA and Acryl materials, there are also domestic manufacturers such as WANWEI, SVW, and Sichuan Longhua in active layout.

Recently, Shenzhen Textile A proposed acquisition of 100% of the shares of Hengmei Optoelectronic to introduce the upstream resources of polarizers. It is reported that Hengmei Optoelectronics has become a polarizer enterprise that can realize the mass production of some upstream core raw materials, and its Hefei factory has successfully mass-produced 2 PMMA film (polarizer upstream core raw materials) production lines, with a full production capacity of 80 million square meters per year.

Sunnypol’s announcement also shows that Sunnypol has signed an agreement with Guangshui Municipal Government of Hubei Province to establish a production line project of optical film and polymer for liquid crystal display. The total investment is expected to be 520 million yuan, and the design capacity of optical film and polymer is 130 million square meters per year and 60,000 tons per year, respectively. It is expected that the total annual output value will reach 2.2 billion yuan after completion. Ruan Zhiyi, deputy general manager of Sunnypol, pointed out in an interview with China Electronics News that the investment in the construction of optical film production lines is an important measure to expand to the upstream of polarizers, which is conducive to consolidating the position of the industry.

Ruan Zhiyi also pointed out that the polarizer upstream material market is a new track, it may have high investment, high risk, but relatively high returns, which may also be another development opportunity for polarizer companies. He said that although the upstream supporting capacity of polarizers in China is weak, it is precisely because of the large space for improvement that there are more opportunities.

Zhu Zhiyong also pointed out in an interview with our reporter: "In the next 5 years, ShanJin Optoelectronics will gradually accelerate the pace of the upward layout of the polarizer industry chain. ” He revealed that ShanJin Optoelectronics is constantly strengthening the collaborative development with domestic and foreign raw material manufacturers, and through the construction of a global polarizer R&D center, building a platform for industry-university-research, upstream and downstream collaborative innovation, constantly improving the layout of the industrial chain, and promoting the localization process of upstream materials. In 2022, ShanJin Optoelectronics has completed the certification of 5 domestic material manufacturers, and is committed to introducing more domestic upstream material manufacturers.