On November 17-18, the two-day annual meeting of Hangjiashuo was successfully concluded. During the conference,34 industry leaders analyzed the current LED display market from different perspectives of supply chain, which can be divided into emerging market, MiP technology in direct display and different market development conditions, driving IC+ glass-based technology of backlight this year. This article focuses on current emerging market developments.

With the development of Mini/Micro LED technology, the application range of LED displays has also been expanded. In the conference, a number of display companies analyzed the present and future of the metaverse, and many packaging and chip manufacturers launched more suitable technical solutions according to the current application scenarios in emerging markets.

This year, with the advancement of technology, a number of emerging scenes have attracted attention, such as the naked eye 3D, XR virtual shooting, cinema’s screen, creative displays, etc.


Previously, virtual shooting mostly used the green screens, and the background was generated through post-production. Now, XR virtual shooting using an LED display as a backdrop, and the digital scenes are projected on an LED screen. Then, by combining the real-time engine rendering with the camera tracking, the real people are integrated with the virtual scenes, characters, and light-shadow effects.

According to “the White Paper of 2022 Small Space and Micro Space Research”, XR virtual shooting is the attractive area of the LED display market this year. In 2021, the output value of XR market is within 1 billion yuan, and it has continued to rise on this basis in 2022, reaching nearly 1.5 billion yuan. 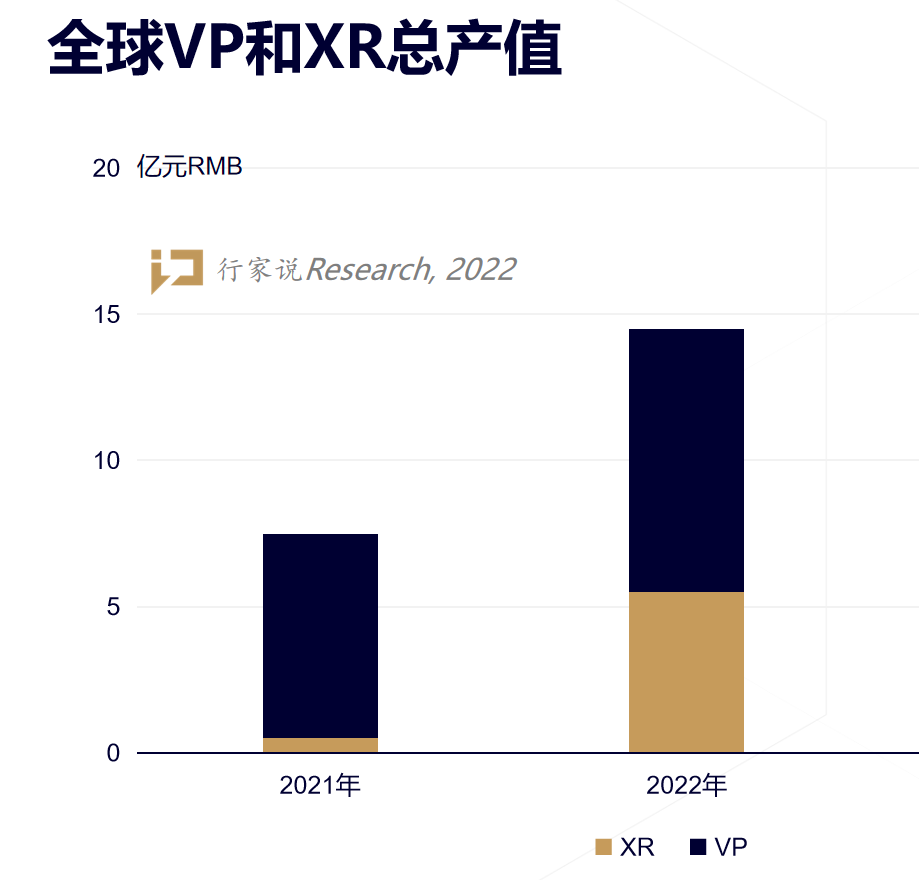 Regarding the development of XR virtual shooting, Unilumin Group believes that in the post-epidemic era, various industries are towarded to the metaverse, and XR virtual shooting has also encountered a historic opportunity. This industry is still in the early stage, lacking of a one-step solution. The cost is still too high.

With the increase of market attention, light source devices also put forward the parameter requirements for this application scenario.

DSBJ believes that in the backdrop of virtual shooting and studio, there are the following requirements for LED: the luminance of the whole screen is greater than 1000nit, matte surface of lamp beads (anti-strong light reflection), high color gamut, high refresh resistance, the left and right viewing angles (large angles) are consistent, etc.

Hangjiashuo Research believes that the output value of XR virtual shooting in 2022 will further increase on the basis of 2021, and is expected to continue the growth trend in 2023. However, it takes time to cultivate and expand relevant operation talents and teams. With the growth of the talent team, the market scale is expected to be further expanded.


LED movie screen has also become a new focus this year. Compared with the traditional projection + screen mode, LED movie screen has great advantages in display luminance, contrast, color gamut, ultra-high definition and other technical indicators. However, for use in cinemas, it must reach the DCI-P3 color gamut and obtain DCI certification.

Up to now, a total of 6 related companies in China have passed the DCI certification. On the one hand, it proves the strength of Chinese enterprises, on the other hand, it also shows that domestic enterprises are accelerating the development of the cinema screen market. 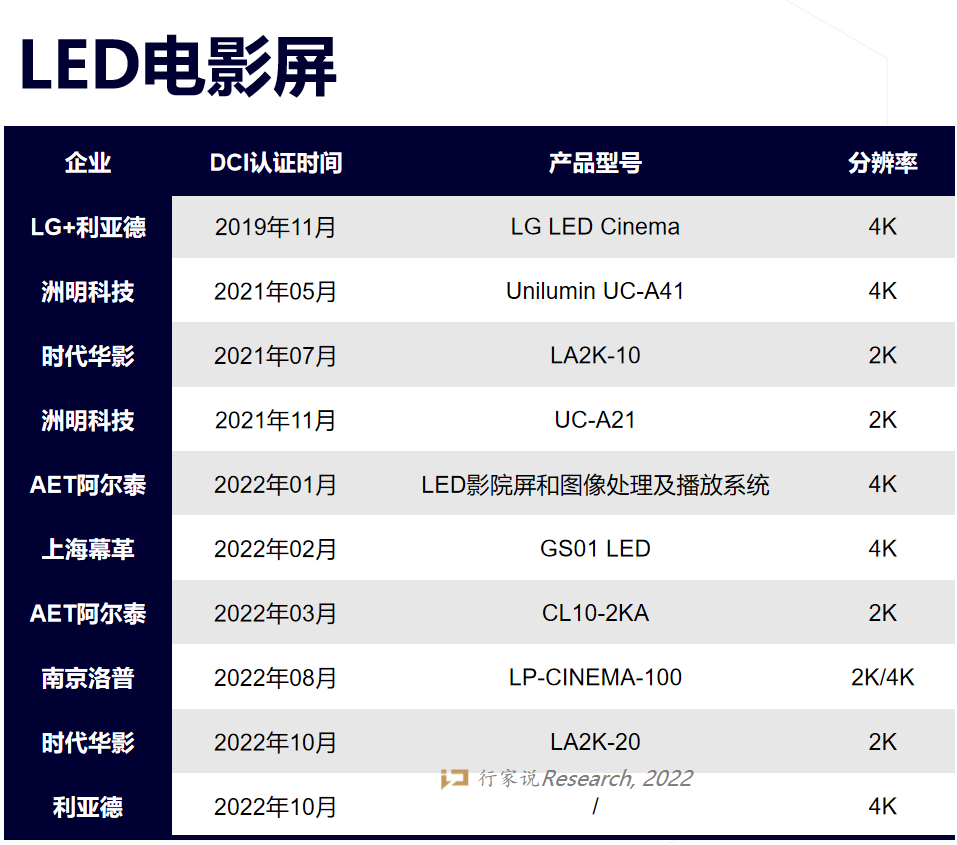 In addition to the above market, on the first day of the conference, Unilumin Group and AOTO electronics laid out a number of application scenarios focusing on the metaverse, and put forward ideas for emerging scenarios in the future.

AOTO electronics has laid out the XR overall solutions, immersive interactive LED displays, and hyper-realistic digital humans, and put forward some ideas for the current market: the commercial XR scene has landed, the enterprise XR entry has started, whether there are new opportunities for home XR entry?

Unilumin Group has laid out applications such as naked-eye 3D and interaction, AR glasses TQXK, motion capture system Uaction, digital virtual human, XR virtual shooting, and metaverse cultural tourism. It also believes that digital assets are the cornerstone of the metaverse, enriching the content ecology through creativity and design.

Hangjiashuo Research believes that in the early stage of the metaverse is to achieve more virtual shooting and extended reality, and then gradually expand to more immersive large-screen interactive scenarios, and then penetrate into personal work scenarios.

Summary: In recent years, LED display product forms are flexible and diversified. In the process of integrated development, the LED industry has opened a variety of application scenarios. And with the development of the metaverse, it has promoted the integration of new technologies including blockchain, interactive technology, artificial intelligence (AI) and the Internet of Things. The integration of LED display technology and a variety of technologies has gradually opened up new application scenarios.

RayClouds is a high-tech enterprise focusing on optical measurement. We took the market as the guide, took scientific research as the core, and took innovation as the impetus to developed the Imaging Colorimeter, equipped with a scientific-grade large surface array CMOS sensor, cooperated with ProICM professional analysis software to detect the optical parameters of the two-dimensional imaging screen, committing to inject strong momentum into the efficient mass production of new display products.
Related News