THE CHANGE OF VRAR TECHNOLOGY IN 2022

THE CHANGE OF VRAR TECHNOLOGY IN 2022

In 2022, the VR/AR industry will usher in rapid development. According to "The VR/AR Industry Development Report for the First Half of 2022" issued by TUOLUO Research Institute's, in the first half of 2022, the shipment of global VR headsets is about 6.84 million units; and the shipment of AR glasses is about 296,000 units. 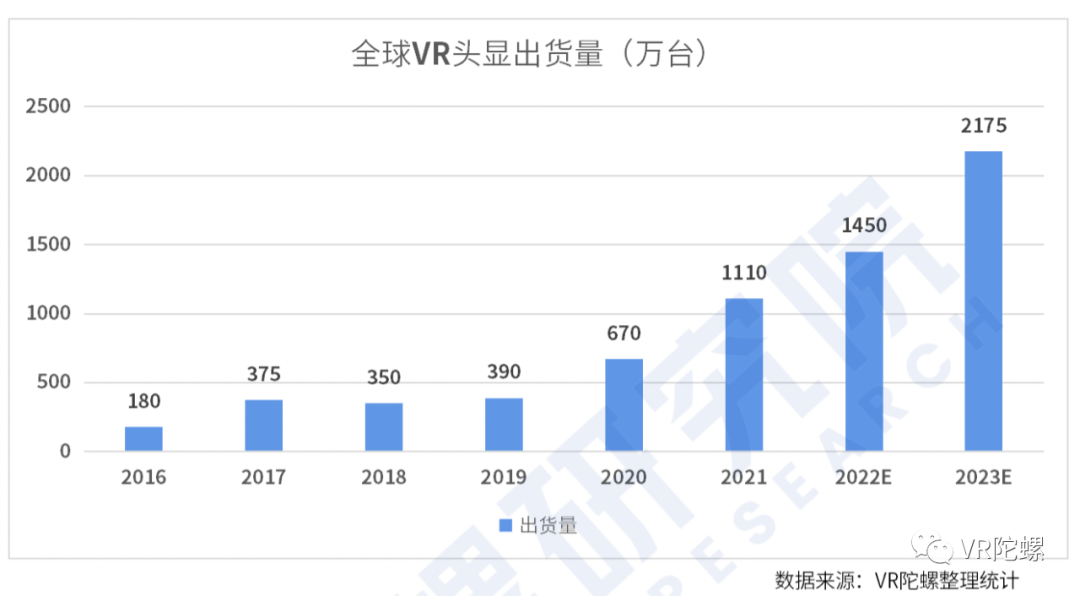 Overall, the entire VR headset market in the first half of the year showed relatively strong growth. With the gradual shipment of new products such as the YVR2 SKYWORTH PANCAKE series in the second half of the 2022, as well as the release of the PICO 4 series in September and the Quest Pro in October, VR shipments are expected to further expand in 2022, reaching an estimated 14.5 million units.


The AR glasses industry in the first half of 2022 increased slightly, but steady progress, mainly in the B-end market, while the C-end also showed a relatively strong driving force. Since the beginning of this year, OPPO Air Glass, Leiniao Air, Viture One, Xiaomi glasses camera, Nreal Air, TQSKY T1, Rokid and other AR products dedicated to the C-end consumer market have been launched online, and it is expected that the shipments of AR glasses at the C-end end will be greatly increased this year.


Behind the new hardware products, and the rising market scale is the joint promotion of the whole industrial chain. It is interlinked from the underlying chip, display screen, optical solutions to the content ecology. As the core hub of industrial development, the underlying technology supply chain has changed significantly in recent years. Under the multiple promotion of capital, market and relevant policies, process of technology R&D and commercial implementation has been accelerated significantly.

The Second Milestone of the VR

From Fresnel to Pancake


In 2021, under the multiple factors of the explosion of the concept of metaverse, the surge in Quest 2 shipments, and ByteDance's acquisition of PICO, on the one hand, the speed of the Internet technology giant's layout of VR/AR has been accelerated, and on the other hand, it also accelerated the landing of VR / AR terminals.


Pancake optics is not a new optical path that has emerged in the last two years, though it has started to become mainstream only recently. As early as 2015, a Chinese company launched the product of Pancake optics, Shenzhen Dlodlo Technology, which exhibited an engineering prototype of Pancake optics at CES in 2015. Compared with the scene of the same Fresnel lens “bulk”, this product has attracted a lot of attention.


Pancake Optics will be used in PICO, META's products after SKYWORTH and YVR. From Fresnel to Pancake, the new optical solutions are already becoming the mainstream of the next phase of development.


Compared to Fresnel lens optics, Pancake Optics is reflected by multiple optical path folds, while reducing the length of the light path between the source and the human eye to simultaneously amplify the image with high-fidelity. Related reading: All in 6DoF Pancake all-in-one Machine of VR Manufacture in 2022.

It not only reduces the volume occupancy of the VR optical module in the VR headset, allowing the VR "helmet" to move further towards the "glasses" shape, but also optimizes the problems of blur, motion-artifacts, and dispersion at the edge of the lens of traditional optical solutions. It can also be combined with advanced display technologies such as Micro OLED to bring high-PPI, high-brightness delicate display.


Based on this, VRTUOLUO believes that Pancake optics is a new milestone in the development of the entire industry, and it is also the optimal solution for VR terminal optics at this stage.


With the release of a number of products based on Birdbath and array optical waveguide optics between 2000 and 3000 yuan, the consumer oriented products with large-screen viewing and information prompt as the main scene have opened the incision of the consumer market.


Exploration is still the keyword of the C-end market of AR glasses. From split-type projection of mobile phones and computers, the exploration of movie-watching entertainment to integrated, the exploration of sports and fitness to cross-border linkage, to create an intelligent cockpit. AR glasses manufacturers are still looking for their incremental markets. 
Of course, the development of AR glasses is also limited by upstream supply chain technology. All optical technologies have their own advantages and disadvantages, cost, mass production process, yield, FOV, luminance, power consumption, volume, battery life, heat...There is currently no solution that strikes the best balance between these elements. For example, the diffractive grating optical waveguide that is currently optimistic is still facing many problems such as low yield, high cost, small FOV, dispersion, and immature color Micro LED screen technology, which is also the underlying factor that promotes the diversification of AR glasses product form and technical path in the industry.


“Short-term is pessimistic, but long-term is optimistic", this is a sentence often said by many practitioners and investors in the VR/AR industry. It is not only the helplessness for the current stage of technological and industrial development, but also with the great firm belief and hope for the future development potential of VR/AR industry. But "long-term is optimistic" is almost the unanimous attitude of all technology giants and capitalists. As a big industry with the potential to reach the size of PC and smartphone in the future, more enterprises will also join in the battle for the upstream underlying supply chain technology.


Capitalists and Giants Compete for Layout

According to the statistics of VRTUOLUO Research Institute, in the first half of 2022, the total scale of financing and M&A in the global VRAR industry was 31.26 billion yuan, a year-on-year increase of 37% compared with the first half of 2021. Among them, the investment and financing amount of VR/AR hardware segment reached 15.69 billion yuan, an increase of more than 104% year-on-year. 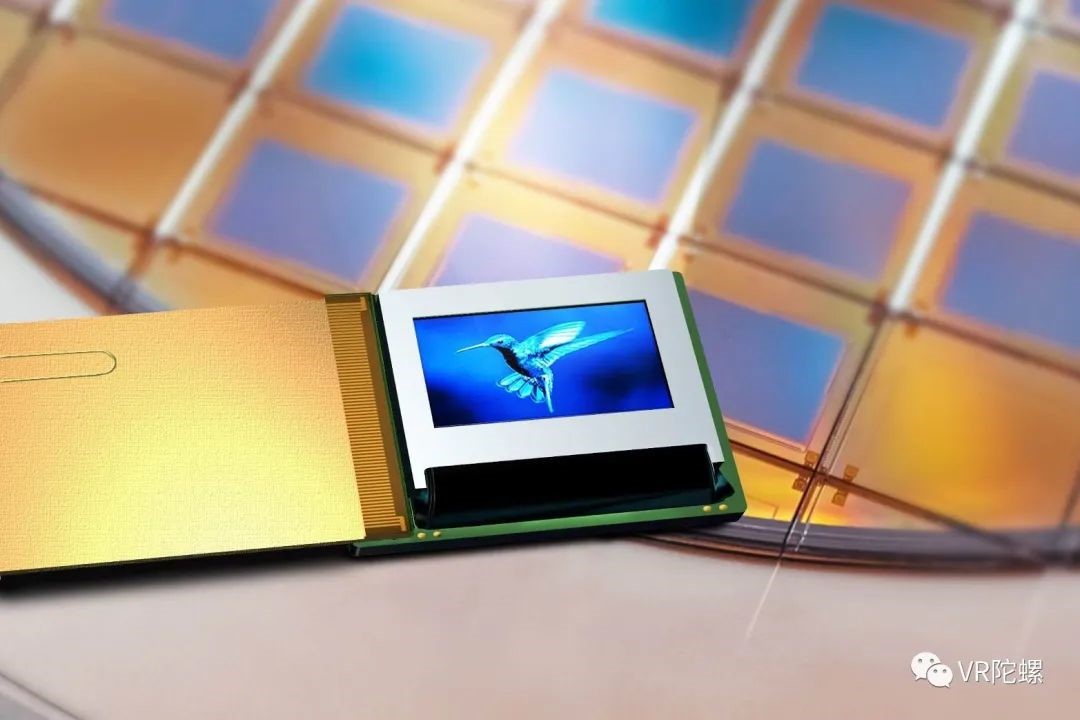 Throughout the upstream industry chain, in addition to VR/AR optical technology, display technology sector has been the attention of capitalists, , we can see the emergence of some new changing trends since this year —— the enterprises focusing on VR/AR related algorithms and chip began to emerge.


In January 2022, Nanjing Yaoyu Vision, which is engaged in SLAM algorithm and chip research and development, design business, and provides AR/VR software and hardware solutions, was officially established. And only three months after its establishment, it received 10 million yuan of angel financing from WISEMEN CAPITAL;

In August 2022, XR chip research and development company Gravity announced that the company has won angel round and Pre-A round of financing within half a year, with a total financing amount of hundreds of millions of yuan. The angel round was led by GAORONG CAPITAL, participated by Sequoia CAPITAL, IDG CAPITAL and GSR VENTURES. The pre-A round was led by A well-known XR leading enterprise (the specific leading investment object is not disclosed), and co-invested by investment institutions such as GAORONG CAPITAL, Sequoia CAPITAL, Lenovo Capital, 37 Interactive Entertainment and so on. Materials, optics, terminals, systems, chips... The industry chain of VR/AR is being completed step by step. Even if VR/AR smart hardware cannot grow into the next generation computing platform to completely replace smartphones and computers in the short term, it can be seen that it is moving closer towards the next generation computing platform, driven by the upstream and downstream of the industrial chain.


In 2022, the global Internet giants will accelerate the layout of VR / AR. At present, the industry has ushered in a new stage of development, but the large-scale application of the industry still has a long way to go, and the technology and scenarios are still waiting to be broken through. RayClouds is a fast developing high-tech enterprise focusing on optical measurement. We took the market as the guide, took scientific research as the core, and took innovation as the method to independently developed the V-20S virtual display optical analyzer equipped with a unique AR/VR lens and a high-resolution sensor with a cooling temperature as low as -45° room temperature, provides the practical test solution for near-eye display (NED). 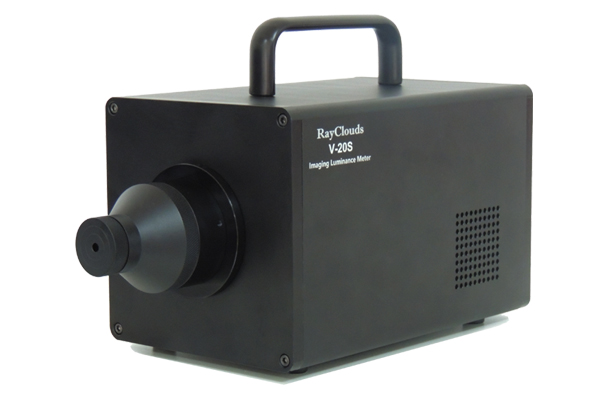 Source of the excerpted articles：https//www.vrtuoluo.cn